RACINGJUNK GIVEAWAY - Check Out All of our Giveaways Here! - enter now
COVID-19 Update: News and Resources for the Race and Performance Industry

Since its founding in 1999, RacingJunk has been the place for performance enthusiasts to find new & used vehicles and parts from race cars to hot rods, engines, power sports & off-road vehicles, trailers & more.

In addition to hosting classifieds, RJ partners with tracks, series sponsors, racers, manufacturers & experts to support all levels of the community from grassroots to professionals, connecting users with the best products, services & experiences in the industry. 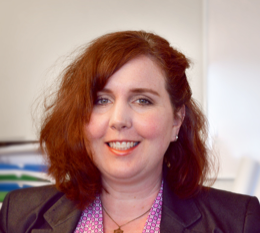 Andreanna Ditton is the Content and Social Media Manager for Internet Brands Auto Classifieds vertical, of which RacingJunk.com is the flagship site. She graduated from Macalester College with a B.A. in English Literature and Cultural Anthropology a ... nd pursued a career in journalism in Los Angeles, writing about education. A long time auto enthusiast, she transitioned to the auto industry in 2005 working for Primedia's Motorcycle Group, then for Diesel Power Magazine. As the managing editor of Motorcyclist magazine and Super Streetbike magazine, she shepharded the two monthly publications to fruition for seven years before moving on to the digital auto space at Internet Brands.
A writer and editor, she has contributed to various lifestyle publications including LAist.com and IndieWire, along with contributing to automotive sites like LS1tech.com, SMRT-TV, HDForums.com and F150.com. As the Content and Social Media Manager for InternetBrands, she serves as the Editor-in-Chief for RacingJunk.com and HotRodHotline.com, as well as leading the content marketing strategy for email and social media for the classifieds vertical.
She is a member of the SEMA Businesswomen's Network 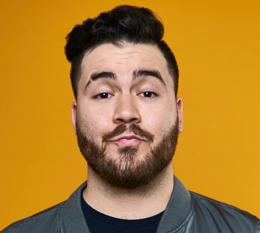 Ralph Guerra is the Senior Editor for RacingJunk.com and has been with the company for 5 years. Ralph is a respected automotive journalist and has been featured on popular podcasts such as The Smoking Tire several times.
Ralph’s fascination for ... automobiles started at an early age spending countless hours perusing his father’s automotive performance magazines. Buying, enjoying, and selling high-performance cars was a passion shared between Ralph and his father. Ralph now shares his enthusiasm with RacingJunk’s die hard fans through content and social media. Ralph dedicates his time to continually building and maintaining RacingJunk’s high octane values. 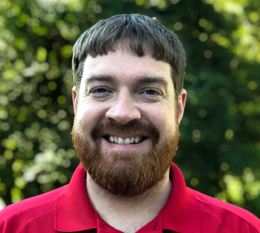 Ian Downey is the Senior Manager of Customer Service & Membership for the Internet Brands Auto Classifieds vertical, of which RacingJunk.com is the flagship site.
Ian has been in the industry since graduating from Keene State College with a BS in ... Business Management. He began his tenure with RacingJunk, prior to its acquisition by InternetBrands, 11 years ago with a focus on automotive marketing and customer service.
He held various roles within the company prior to taking over the Customer Service management role and has traveled extensively to trade shows, races and industry events including SEMA and PRI as part of the job.
He is responsible for maintaining high quality customer service to our users, reporting any UI related issues, and providing feedback for site upkeep and membership retention. This includes helping his team work with customers on problem solving as well as strategically addressing membership growth and improving the customer experience. 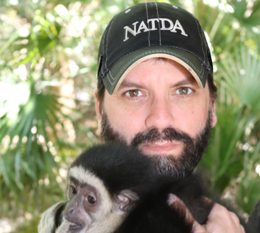 Director of Sales and Business Development

Jim Sweener is the Director of Sales for Internet Brands Automotive Classifieds, a group of websites dedicated to helping automotive racing & performance enthusiasts connect to buy, sell, trade, and in general participate in the addiction that is bei ... ng a gearhead.
Jim’s decade-long tenure with the company began in the summer of 2009 after a chance meeting between he, his classic Firebird Formula, and a few of the executives of the group’s flagship website, RacingJunk.com. Recognized as a true automotive enthusiast by his colleagues and clients, as a Sales Representative Jim was responsible for the advertising campaigns of such industry stalwarts as Holley, Edelbrock, MAHLE, Heidt’s, Strange Engineering, and Rick Jones Race Cars, and was promoted to Director of Sales in January of 2016.
Using his lifetime of obsession with muscle cars, hot rods, and off road trucks to make a hobby into a career, Jim leads the Sales, Marketing, and Business Development teams in identifying opportunities and creating campaigns for connecting the companies that manufacture high performance vehicles and parts with an enthusiastic audience of fellow gearheads. In fact, Jim is not only the Director, he’s also a member, having bought and sold several cars and dozens of parts on the group’s websites over the years (including the same street/strip Nova a couple of times).
When not on the road attending races or car shows for the company, Jim can be found…at races and car shows with his own vehicles including a 1954 Chevy 210. Built in tribute to the first car he and his father worked on together over 30 years ago while he was still in grade school (a Pueblo Tan & Ivory two-tone 1954 Chevrolet Bel Air) the 54 is the only one of Jim’s many cars that is NOT for sale.

Trusted By Users Since 1999